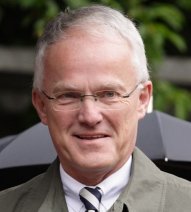 Since 22 June, 2005, Dr Rüttgers has been Premier of North-Rhine Westphalia, with 18 million Germany’s most populous state. He is NRW’s first CDU Premier since 1966.

On 22 May, 2005, the CDU in North Rhine-Westphalia, led by Jürgen Rüttgers, achieved a historic victory at the state elections. This counts as the CDU’s best result during a North Rhine-Westphalia Landtag election since 1975. The election victory spelled the end of the state’s coalition government of Social Democrats and Greens. The Federal Republic’s political map was also changed, as the CDU’s victory in NRW triggered a vote of no confidence against the ‘red-green’ Federal Government under Chancellor Gerhard Schröder in the Bundestag, Germany’s national parliament. Parliament was dissolved and an early general election was called for 18 September, 2005.

When Jürgen Rüttgers shifted the focus of his political work to North Rhine-Westphalia, he had already left his mark on national politics. He was a federal MP for thirteen years, between 1987 and 2000. From 1991 to 1994, Jürgen Rüttgers was Chief Whip of the joint CDU/CSU parliamentary party in the Bundestag. In 1994, the then Chancellor, Dr Helmut Kohl, appointed him Federal Minister for Education, Research and Technology. Since 2000, Jürgen Rüttgers has been deputy party chairman of the national CDU and has substantial influence on Christian Democrat policy throughout the nation.