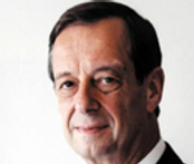 Van Lede started his career at Shell. He then became a consultant at McKinsey. Later on, he worked for Ahold, Hollandse Beton Groep and the employers' organization VNO, before finding his way to Akzo, where he experienced the takeover by the Swedish Nobel. In 1994 he became chairman, which he remained for 9 years.