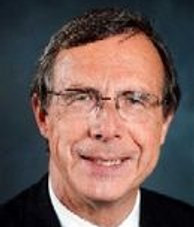 Prof. Dr. Laurens Jan Brinkhorst started his political career as junior minister of Foreign Affairs. From 1973 until 1977 he was in charge of European Affairs in the cabinet under the leadership of prime-minister Den Uyl. From 1977 until 1982 he was a member of the Second Chamber for D’66 (Democrats 1966) wherein he was leader of the faction in 1981/82.

After various activities in Europe, Brinkhorst returned to politics in the 1990s. From 1994 until 1999 he was a member of the European Parliament. Before that he was a member of the Provincial States for the province of Groningen for D’66. He was also a member of the Advisory Board of World Resources Institute in Washington D.C., a member of the curatorium of the Dutch Economic Institute (NEI) and extraordinary professor of International Environmental Law at Leiden University. From June 1999 until July 2002, he was minister of Agriculture, Nature Preservation and Fishery in the cabinet Kok II. After that he was Adviser European Affairs at NautaDutilh Lawyers in Brussels, and professor Transnational and European Governance at the University of Tilburg. In May 2003 Brinkhorst was appointed minister of Economic Affairs in the cabinet Balkenende II.

On July 3rd 2006, Brinkhorst was given an honorary discharge by the Queen after he had put in a request there for.

Since November 2006, Brinkhorst is extraordinary professor International and European Law and Governance at Leiden University. Additionally he advises their Board of Directors on international relations.