Lezing: Paul de Grauwe - Eurozone in crisis
On managing the fragility of the Eurozone in times of crisis 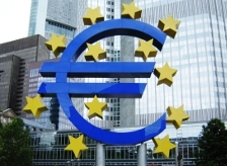 When entering a monetary union, member countries change the nature of their sovereign debt in a fundamental way, i.e. they cease to have control over the currency in which their debt is issued. As a result, financial markets can force these countries’ sovereigns into default. In this sense, the status of member countries of a monetary union is downgraded to that of an emerging economy. This makes the monetary union fragile and vulnerable to changing market sentiments. It also makes it possible for self-fulfilling multiple equilibria to arise. In his lecture, Paul de Grauwe will analyze the nature of the fragility of the Eurozone. What is the role of the financial markets in steering countries towards good or bad equilibria? What policies need to be followed to stop the crisis and to ensure that future crises are prevented? There will also be opportunity for discussion after the lecture.

Paul De Grauwe holds the John Paulson chair in European Political Economy at the London School of Economics and Political Science, and is Emeritus Professor of International Economics at the University of Leuven, Belgium. He was a member of the Belgian parliament from 1991 to 2003 and a member of the Group of Economic Policy Analysis, advising President José Manuel Barroso. In 2011 he published a paper on ‘The Governance of a Fragile Eurozone’ (http://www.ceps.eu/book/governance-fragile-eurozone).

The lecture is made possible by the Jean Monnet Chair in European and Transnational Governance at the UvA.